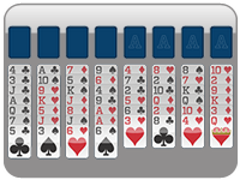 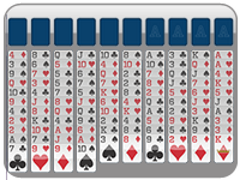 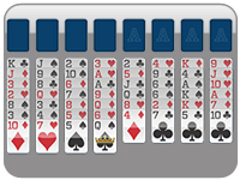 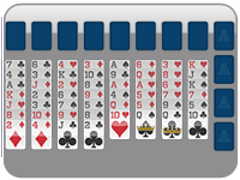 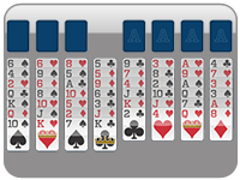 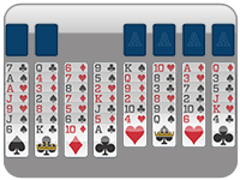 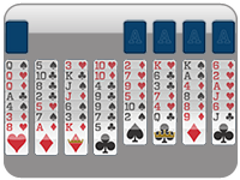 The freecell games just keep coming at 247 Freecell! Try this new game, 2 Freecell, which reduces your open moving spots down to only two! Whoa! You'll only have two extra spaces to move those cards around in the game to create columns of cards within the game in a downward order King to Ace, by alternating colors, to ultimately put all the cards into the upper spots by suit, Ace to King. Having only two open cells makes the game much harder, as any seasoned freecell player will let you know. So, don't get frustrated and have fun with Two Freecell!

DISCLAIMER: The games on this website are using PLAY (fake) money. No payouts will be awarded, there are no "winnings", as all games represented by 247 Games LLC are free to play. Play strictly for fun.